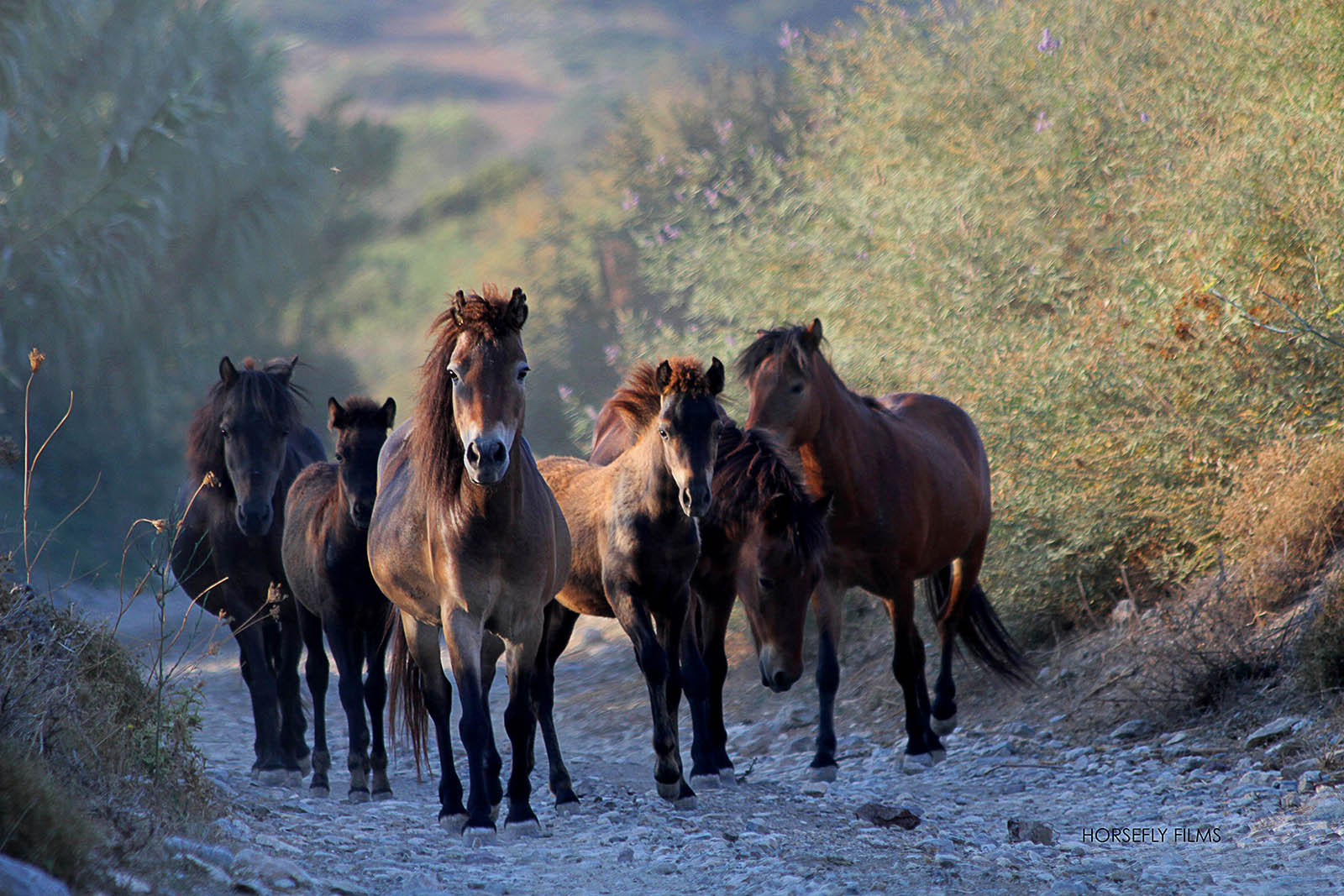 The island of Skyros – though part of the group of islands known as the North Sporades, is actually fairly isolated away from the other islands in the group – and this isolation has assisted in the preservation of the famous Skyrian horse, which has lived on the island since ancient times.

Skyrian Horses As the Skyrian horses did not mix with any other horses, they have retained their unique characteristics.

All over Greece in the ancient years were horses similar to those of the ponies of Skyros.

Horses, very similar to those found on Skyros, were depicted on the frieze of the Parthenon temple in Athens.

Living in small groups with each having their own refuge, usually around small lakes and trees, the Skyrian horses would spend the winter seasons in the mountains mostly in the south of the island, but would come back to the more populated areas during the spring when a lack of rainfall meant the lakes would run dry.

The Skyrian horses provided great help to the farmers, and were used for threshing.

The horses were always well taken care of and were fed before and after the work.

Even during the winter seasons, the farmers would make sure that the Skyrian horses were well fed and looked after.

Today though, using the horses for work has long since stopped due to the advancement of technology and machinery.

The numbers of Skyrian horses has been constantly in decline and today are on the verge of extinction.

Many locals can no longer afford to fed and breed the Skyrian horses as the costs of doing so are very high.

There are several moves in place to preserve these truly unique animals that have been part of the history of Skyros.

The E.U. has authorized economic help to assist in helping the Skyrian horses live in the natural environment and in natural conditions.

There are a couple of places in Skyros where visitors can see these majestic animals.

You can find out more about which cookies we are using or switch them off in settings.

This website uses cookies so that we can provide you with the best user experience possible. Cookie information is stored in your browser and performs functions such as recognising you when you return to our website and helping our team to understand which sections of the website you find most interesting and useful.

Strictly Necessary Cookie should be enabled at all times so that we can save your preferences for cookie settings.

If you disable this cookie, we will not be able to save your preferences. This means that every time you visit this website you will need to enable or disable cookies again.

This website uses Google Analytics to collect anonymous information such as the number of visitors to the site, and the most popular pages.

Please enable Strictly Necessary Cookies first so that we can save your preferences!