What to do on Skyros island, Greece - Perigiali hotel Skyros 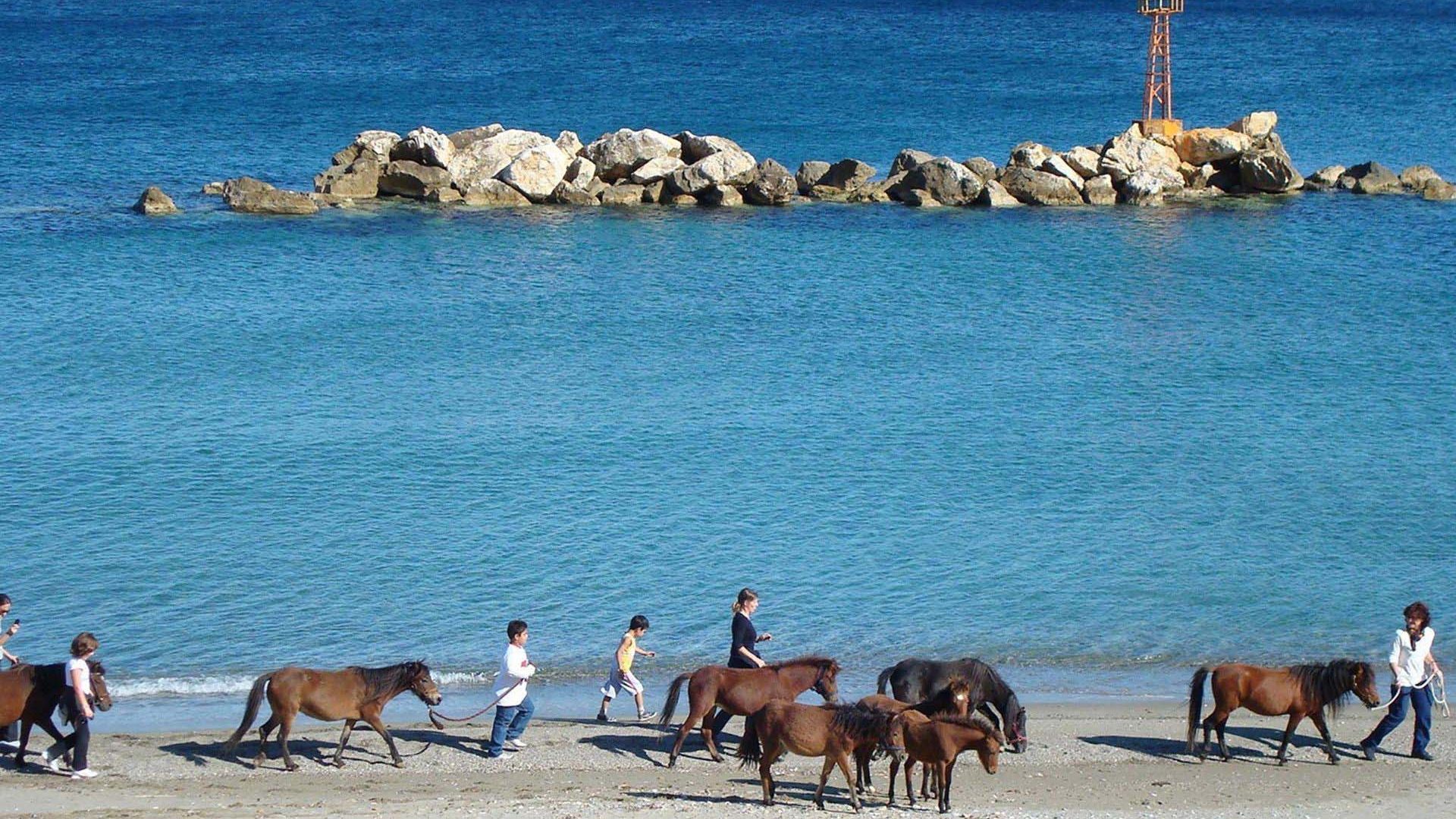 What to do on Skyros

They can be found running wild on the central plateau and placidly foraging in farms. The story of their origin is intriguing. One theory is that they are descendants of the breed of horses used by the cavalries in Greece in the 5th century B.C. Your kids won’t be able to resist a ride on these exceptionally rare Lilliputian steeds.

The main town is built on a hill topped by a castle, itself topped by the monastery of Saint George. Walk – there is no other way – around its narrow alleys where the whitewashed houses seamlessly merge with each other, smell the jasmine, peer through open doors and windows at the living-rooms proudly decorated with colourful ceramics and finely carved wooden furniture. You can get a closer look in the Folk Art Museum, which also maintains a shop.

British poet Rupert Brooke died near Skyros during the First World War. Apart from his tomb, he is commemorated with a statue in a square at the north end of town, from which the view of the Mediterranean is breathtaking. Once upon a time, there would have been numerous lookouts at spots like this to keep a weather eye out for pirates. Nowadays, all you’ll see are yachts and fishing-boats sailing the peaceful Aegean Sea.

Round the island in 80 minutes

For those who like a challenge, it is possible to go round the inhabited part of the island in less than an hour and half. But why rush? Drive from the port towards Magazia, the large and popular sandy beach and then head inland to the forested part of the island. On the west coast you’ll find lovely places to swim, such as Agios Petros, Kyra Panagia, Atsitsa, Agalipa and Agios Fokas, many of which also have terrific tavernas if you fancy a bite. On the final stretch before hitting the port of Linaria again, it’s worth stopping at the chapel of Agios Panteleimon for the spectacular view of the bay of Pefko and the uninhabited islands to the south.

What to do after the beach

The main cobbled road through town from the lower square to the statue of Rupert Brooke comes alive at night. It is lined with shops selling souvenirs and examples of all that lovely pottery, wood-carving and colourful fabrics, as well as restaurants, cafes and bars which really get going when the shops close.

You can find out more about which cookies we are using or switch them off in settings.

This website uses cookies so that we can provide you with the best user experience possible. Cookie information is stored in your browser and performs functions such as recognising you when you return to our website and helping our team to understand which sections of the website you find most interesting and useful.

Strictly Necessary Cookie should be enabled at all times so that we can save your preferences for cookie settings.

If you disable this cookie, we will not be able to save your preferences. This means that every time you visit this website you will need to enable or disable cookies again.

This website uses Google Analytics to collect anonymous information such as the number of visitors to the site, and the most popular pages.

Please enable Strictly Necessary Cookies first so that we can save your preferences!